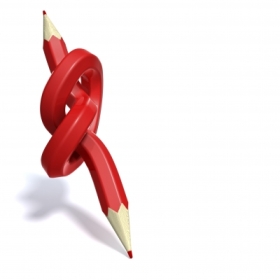 Backstory and its kissing cousin flashback are techniques authors use to provide amplifying information about a situation, a location, or a character. Flashbacks and backstory differ from “front story” in that the author jumps away from the story’s current timeline to relate them, then jumps back (but not backwards) to the story’s present to continue.

Jumping forward in time—a “flash forward”—can have the same purpose, and everything below also applies.

Flashing back is in fact a technique for relating backstory. A brief interruption of the story’s flow, it can be:

The words “flash” and “brief” are important here: flashbacks are over and done with quickly.

Backstory can be told more leisurely, as a stand-alone scene, for example, but doesn’t have to be. It might take the form of just a single, telling detail. For example, there’s this line in the recent Robert Reed novella “Murder Born,” which centers around a couple trying to bring back their murdered daughter: “But that didn’t stop [Lauren] from…curling up on the mattress cover that was washed every two weeks, the same as always.” That last phrase, “the same as always,” is the droplet of backstory that tells us so much about Lauren’s grief, expressed in her continuing care for her dead daughter’s bedclothes.

So while “backstory” encompasses all the background information that doesn’t fit into a story’s or article’s primary timeline, what I want to concentrate on here are four improper or ineffective techniques of presenting that backstory:

We’ve all run into stories—maybe even written them ourselves—in which the author starts by explaining everything she feels the reader will need to know in order to “get” the story once it begins.

When a new member of my own writers’ group announced a few meetings back that he intended to start his novel that way, he was, shall we say, “counseled” against it. After a few repetitions of, “No, Jim,” “Don’t do it, Jim,” “You wanna get smacked up-side the head, boy?” (we didn’t really say that—so far as you know), he conceded the wisdom of our advice. We’ll see whether the wisdom stuck with him when we get chapter 1.

You know, of course, to start in medias res and filter the backstory in later.

The next three techniques have an important element in common: they cause the reader to lose track of the primary story line. And a confused reader is something you don’t want—unless you do for the purpose of pulling her through to the end, but that’s something else altogether. For our purposes here, confusing the reader is a bad thing.

Using backstory too often is another case of the author wanting the reader to know everything she knows about the story, characters, setting, situation, etc. This time, the desire gets manifested as flashbacks or backstory details being inserted at every opportunity, whether they’re necessary or not. “Necessary” is the key word here. You, as the independent reviewer, aren’t emotionally invested in the story, so you have the ability to look at a detail, a flashback, even a whole chapter, and ask, “Do I need to know that?” The more often you find yourself asking that, the more likely it is the author is using backstory too much.

Using backstory as front story and spending too much time in backstory mean the author isn’t clear on what information needs to be doled out in little pieces to deepen and enrich the story at key moments. Instead, he delivers info dumps, lectures by the narrator, or speeches by characters. Yes, deciding how much is “too much” can be subjective but again, if you lose track of the main story line, the author is guilty of this error.

If the author is suffering from either of these problems, the flow of the story will come to a grinding halt as it wanders off into material that isn’t relevant to the story’s current moment. (We’ll talk about tangents in more detail next time.)

Here, then, are some questions you can ask yourself regarding backstory and flashbacks as you review someone’s work:

If the answer to any of these questions is yes, then you can start examining what information is necessary at that moment in the story, what can be told later, and what may not need to be told at all. Providing that information to the author will help her improve her work.

What other things do you look for when determining if backstory and/or flashbacks are being misused?